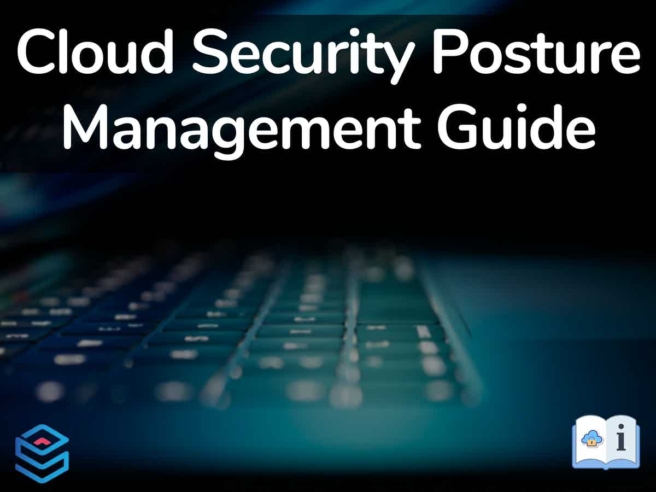 Cloud Security Posture Management or CSPM is defined by Gartner as “a continuous process of cloud security improvement and adaptation to reduce the likelihood of a successful attack”. This is a category of security products tasked with automating security and providing compliance assistance in the cloud. This market segment of IT security tools is created to find misconfigurations and compliance risks. A serious consideration with CSPM programming is to ensure cloud infrastructures are always monitored for gaps in policy enforcement.

CSPM tools cover IaaS, PaaS, and SaaS software. CSPM is generally used for visualizing and assessing risks, as well as incident response and DevOps integration. Most tools can also apply known best practices for cloud security to a hybrid, multi-cloud, or container-based environment. Some of these tools will also alert you when there’s a need to alleviate a security risk, while other tools will provide you with RPA (robotic process automation) to automatically resolve the issue.

With cloud business environments becoming more and more common, and cloud infrastructure increasing in complexity, the bar for what security professionals need to cover has been raised. A single misconfiguration can lead to your entire organization’s data being leaked and used against you.

Today, we’ll be exploring why CSPM is important, how to improve your cloud security posture, how it’s different from traditional security measures and more.

On any even day, a cloud can connect to thousands of different networks. This is what makes clouds so powerful, however, it also makes the cloud notoriously difficult to secure properly. With businesses focusing more on cloud technologies, this particular issue of cloud-based infrastructures gets exasperated.

Unfortunately, traditional security can do little else but work as a minor aid for cloud security. There’s no perimeter for them to protect, manual actions and processes don’t have the same scale or speed to affect issues, and the decentralized nature of the cloud makes in-depth visibility a difficult prospect.

Although Cloud-based technologies have demonstrated their benefits to businesses time and time again, their volatile and difficult-to-secure nature can eat into businesses’ bottom line. There are a lot of different moving parts that all need to be accounted for in the cloud, simply covering Kubernetes, containers, serverless functions, and microservices can be a massive undertaking.

Another relevant piece of information here is that since cloud technologies have been booming, more cloud-based software has been released than there are cybersecurity professionals experienced in dealing with them.

One of the largest issues comes from the idea of IaC (Infrastructure as Code.) This is where infrastructures are managed and provisioned by machine-legible definition files, and is crucial to most cloud-based infrastructures. This is because it makes changing your infrastructure as you go extremely simple, however, it also makes it easy for you to leave accidental misconfigurations that will turn into long-term vulnerabilities.

This is already apparent, as 95% of security breaches are already caused by human error. This has cost businesses a global total of almost 5 trillion USD between 2018 and 2019.

Beneath this issue, we find the largest problem of cloud security monitoring- the lack of visibility. A typical enterprise’s cloud will have tens, if not hundreds of thousands of different instances and accounts, all of which are in a complicated and fluid environment. Knowing what requests are being sent where and who is doing what is simply impossible to do manually. Because of this, unless automation is involved, misconfigurations can stay hidden for weeks, even months, or in the worst case- until they’ve been exploited.

CSPM is a solution for these issues. Cloud security posture management involves always monitoring risks in your cloud environment and engaging in prevention, detection, and prediction of these risks. Some tools will also help you respond to risks once an attack has already started.

What Issues Does CSPM Solve?

Most businesses and cloud security tools focus on intentional risks to their security such as outside attacks and malicious insiders. With that being said, unintentional issues and small misconfigurations can cause similar damage, and sometimes even greater in scope. Sensitive data is often accidentally left in public places, and this can lead to disaster.

For example, back in November 2020, the hotel reservation platform Prestige Software accidentally leaked data from over 10 million hotel guests and travel agents. This meant millions of ID numbers, names, emails, and more. The leak even included credit card details of over 100,000 guests.

All of that happened because of a misconfiguration in an S3 bucket. Millions of dollars were lost, and Prestige Software is still struggling to regain its reputation and its customer’s trust.

CSPM’s purpose is to stop these kinds of vulnerabilities from devastating your business. It does this by granting your administrators and security professionals in-depth visibility into multi-cloud environments from a single console. It also automatically normalizes data from multiple vendors and stops misconfigurations. These two factors alone increase your security personnel’s efficiency.

Most businesses will use multiple tools for these environments, however, outside of being more cumbersome to deal with due to having to look at multiple consoles, it comes with another downside- alert fatigue. Being constantly bombarded with alerts from multiple tools that might even be false positives is quite taxing on your security operations. CSPM tools reduce this by having all alerts come from one system, and by eliminating many false positives using AI.

CSPM tools will continuously monitor and assess your infrastructure to ensure you’re compliant with data protection regulations. When you accidentally deviate from them, the tools correct this automatically.

Finally, CSPM’s biggest benefit is finding hidden threats that are difficult to detect through human intervention. CSPM finds these threats by continuously scanning your infrastructure, and the sooner you find them, the sooner you can begin remediation.

CSPMs should generally integrate with the SIEM to provide more streamlined visibility and give insights on misconfigurations and any policy violations in your infrastructure.

Most CSPMs will also easily integrate with popular DevOps tools that you’re already using. This increases the speed and efficiency of remediation and response efforts by the DevOps team. Furthermore, reporting features and dashboards give you a holistic understanding of your security, DevOps, and infrastructure teams.

CSPM is a revolutionary idea in the world of cloud security. With cloud technologies growing increasingly common, it’s only a matter of time before most businesses are relying on CSPM for their cloud security needs.

Cloud security problems are much easier to deal with when a solution is automatically implementing proper configurations, continuous monitoring efforts, and automatic remediation. CSPM tools can even find unused assets, map how your security team works, and identify the most used technologies.

All in all, CSPM is a powerhouse in any complex cloud environment.

What is your favorite CSPM solution?

What aspect of cloud security do you think is most important?