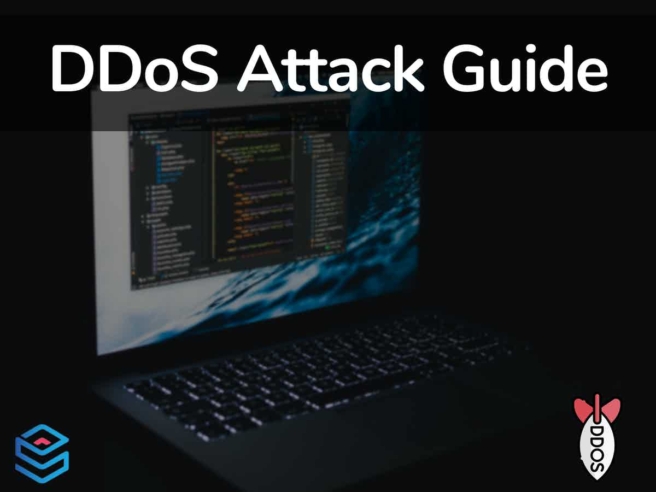 DDoS or Distributed Denial of Service attacks is a kind of cyberattack that relies on a variety of techniques to stop the end-user from accessing a website or online service. DDoS attacks have become more popular recently as more and more organizations succumb to their effects.

DDoS attacks are no longer only relevant to the largest of enterprises. SMBs and even some private individuals, such as online streamers are popular targets of these attacks.

Today, we’ll be going through what DDoS attacks are, how they can affect you, and how you can prevent them.

What Is A DDoS Attack?

A DDoS attack works by using multiple devices in order to flood a network or server with traffic so much that they are rendered inoperable.

These attacks usually begin with malicious agents compromising multiple IoT devices(this includes objects like PCs, routers, etc.) and infecting them with malware. Once a device has been infected this way, and the hackers have enough control over the end device, they can prepare for a DDoS attack. This bulk of compromised devices is referred to as a botnet.

The botnet is then used to send signals to the end network repeatedly. This then overloads the RAM and CPU resources of the targeted network or server. At best, this leads to clogging, at worst, it leads to a complete shutdown.

How Long Can A DDoS Attack Last?

A DDoS attack can last from a few minutes to entire weeks. Some kinds of DDoS attacks will take a while to amass a large enough botnet to overwhelm a network. Other kinds can accomplish this quickly, however, they tend to last for a short amount of time.

Radware has noted that about 30% of all cyberattacks last for less than one hour. However, DDoS attacks have been reported to last for up to 330 hours, or 14 days. This means there is a lot of variances when it comes to determining the duration of a DDoS attack.

What Kinds of DDoS Attacks Are There?

Generally speaking, there are two different kinds of DDoS attacks:

These attacks target different OSI/RM layers, meaning that they are quite different in structure, as well as in how they’re hidden and fought against.

DDoS attacks can also be grouped into two categories by how long they last:

How Do DDoSers Avoid Detection?

One of the reasons DDoS attacks are such a common form of cyberattack is because they’re very difficult to pin down. Attackers can easily hide between the thousands of requests sent by their botnet. However, clever attackers will use further tactics to avoid being brought down.

In order to formulate strategies to go against DDoS attacks, it’s crucial that we know the motivations behind the attacks.

The main reason DDoS attacks are so effective is because businesses don’t take enough time to educate themselves on how they work and how they can fight against them. If you’re running a high-profile business, you’re almost guaranteed to face a DDoS attack at some point.

The first step of DDoS mitigation is to have the ability to detect DDoS attacks early on. Having good pattern-recognition capabilities and spotting repetitions that signal a DDoS attack is extremely helpful. AI and cloud services are often used to help with finding a DDoS attack, however, neither of these can replace a skilled IT professional.

Usually, a DDoS attack can be signaled by:

DDoS attack mitigation is very different compared to most cyberattacks. Usually, DDoS mitigation is handled by automated devices that have been designed for that purpose. An example of this is load balancers that can find DDoS attack patterns and interfere.

When mitigating a DDoS attack, you should concentrate on having your services and devices in the right place. Since attackers get DDoS traffic by taking advantage of trustworthy systems, all connected servers and devices can be attacked, as they won’t always be recognized. There is a number of steps.

Typical steps for responding to a DDoS attack include:

How This Is Done

Now, all of these mitigation methods sound simple in theory, however, all of them necessitate cooperation between different areas of your firm, as well as a robust infrastructure in place to prepare for an attack.

Detection efforts require a combination of a qualified IT professional like a security analyst and penetration testing in order to find Layer 7 attack patterns. Generally, a pen tester will simulate a DDoS attack, and the analyst will listen to them in order to find the necessary identifiers.

Finally, taking advantage of a cloud-based protection service that has DDoS protection can help save valuable manpower.

By taking advantage of scrubbing centers and similar services, you can redirect or contain DDoS traffic. Oftentimes, these are features like CAPTCHA or cookie challenges. These are intended to make sure that the connection request is coming from an actual user.

You can also forward the packets in question to a security analyst and have them find patterns and recommend future steps for mitigating the attack.

Oftentimes, the same load balancing servers used to properly manage legitimate traffic can also be used to combat DDoS attacks. IT professionals can use load balancers to deflect traffic that comes from specific sources and stop a DDoS attack while it’s underway.

Cloud scrubbing devices are put between the malicious traffic and the network. This traffic is then routed to a different location in order to isolate the damage. The scrubbing center then keeps all genuine traffic and lets it pass on to the destination. Some of the most popular scrubbing centers are Radware and Cloudflare.

Using a content delivery network(CDN) can be of great importance during a DDoS attack. It helps you get more uptime while you divert your resources to deal with the attack. With that being said, outdated or unconfigured mitigation devices can present themselves as part of a problem in an attack.

Since DDoS attacks oftentimes target a single ISP, some businesses rely on having multiple ISP connections so that they can just switch to another one if one becomes targeted.

DDoS attacks are an ever-present threat in today’s, increasingly internet-reliant world. Businesses that are unprepared for them can suffer from massive damages. Now, this is not all you need to know about DDoS attacks, with many specialized tools and methods available, there isn’t enough room to cover everything in one article.

With that being said, learning the principles of what DDoS attacks are, what kinds there are, why attackers commit them, and how to fight against them is crucial for keeping your business safe from harm.

By prioritizing cybersecurity, you’re investing in the future of your business. Although you might not need it immediately, you’ll be immensely grateful to have it when an attack occurs.

How does your business deal against DDoS attacks?

What topic would you like us to cover next?

Let us know in the comments down below!