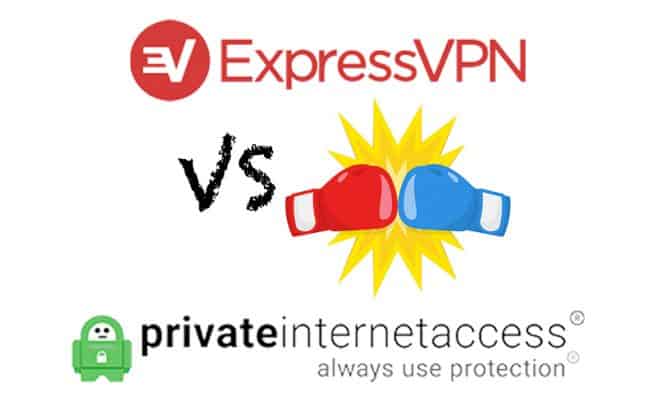 We have compared ExpressVPN with other VPN service providers in our previous articles but never have we done it against a lesser-known underdog so this time, we’re going to do it!

It’s ExpressVPN vs Private Internet Access and we’re going to take a close look into how each one performs in certain criteria when subjected to real-life tests!

ExpressVPN is way higher in terms of price compared to Private Internet Access (PIA) but the speeds are also more impressive plus the fact that it provides 24/7 access to streaming channels like Netflix which is mostly geo-blocked.

What other VPNs like PIA has a hard time doing, ExpressVPN finds easy to accomplish.

However, it’s wrong to discount the fact that PIA is cheaper and is therefore great for those who are on a tight budget.

And when it comes to security features, it also has the most needed ones such as the ad blocker for instance.

But the speed and applications don’t really come close to that of ExpressVPN’s so if you’re looking for a VPN service that’s fast and simple, ExpressVPN should be your top choice.

Another important point to remember is the matter that involves jurisdiction.

ExpressVPN is based in the British Virgin Islands which is a good country for privacy while PIA is headquartered in the United States – a country that’s known for bad privacy.

Let’s take a look into the Pros and Cons of each VPN provider. 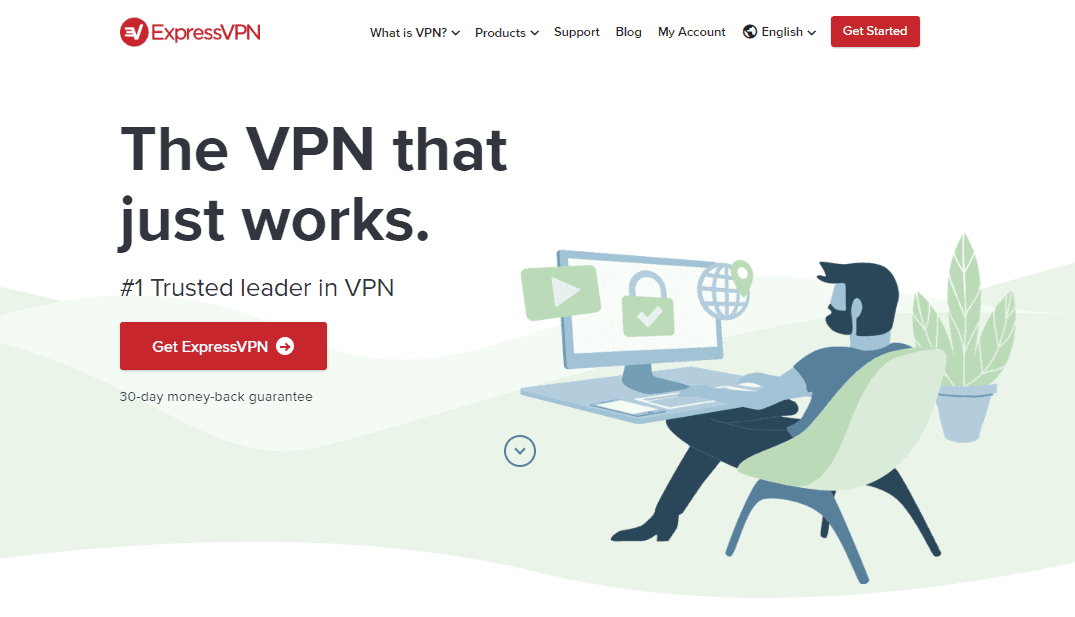 ExpressVPN is headquartered in the British Virgin Islands, one of the best places on the Earth for privacy and security service providers.

This VPN provides great connection speeds along with an impressive set of applications for security.

It also has sturdy encryption protocols that keep all user data in a safe place. Here are the latest pros and cons of this VPN service: 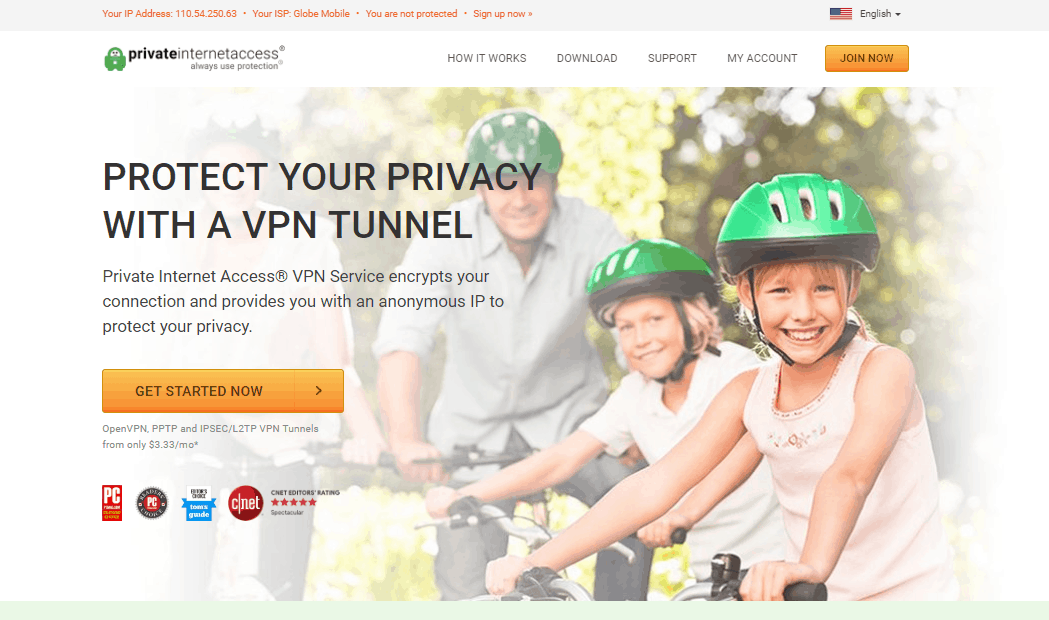 Now, let’s look into Private Internet Access (PIA). This underdog is based in the United States which is somewhat a negative point but overall, it still provides great features for a VPN.

Here are some of its latest Pros and Cons.

Now that we know some important details about these VPN service providers, let’s take a look at some of the points and see how they compare one to the other.

Let’s get started with round 1!

There’s already a clear winner here when it comes to the figures.

ExpressVPN is truly a more expensive service but it’s also important to ask whether you’re getting the value of the money you’ve spent.

We’ll find out more of that later on as we advance into the later rounds.

As we have already mentioned, the price is more expensive here.

The default price per month if you go for the annual plan is at $8.32 monthly.

But this should not be a major disappointment because ExpressVPN offers a discount of up to three months free which makes the monthly price go lower to $6.67.

But despite being the more expensive service, ExpressVPN offers more value based on security, speed, and overall quality.

They offer a 30-day money-back guarantee no questions asked.

No hidden exceptions and clauses and it’s simply the best one we found among the hundreds of VPN providers in the market.

PIA wins this round because it is simply cheap upfront.

Just by looking into the figures, it will be ridiculous to say that ExpressVPN had the win.

The monthly rate for PIA is only $3.49 for a 2-year subscription plan. 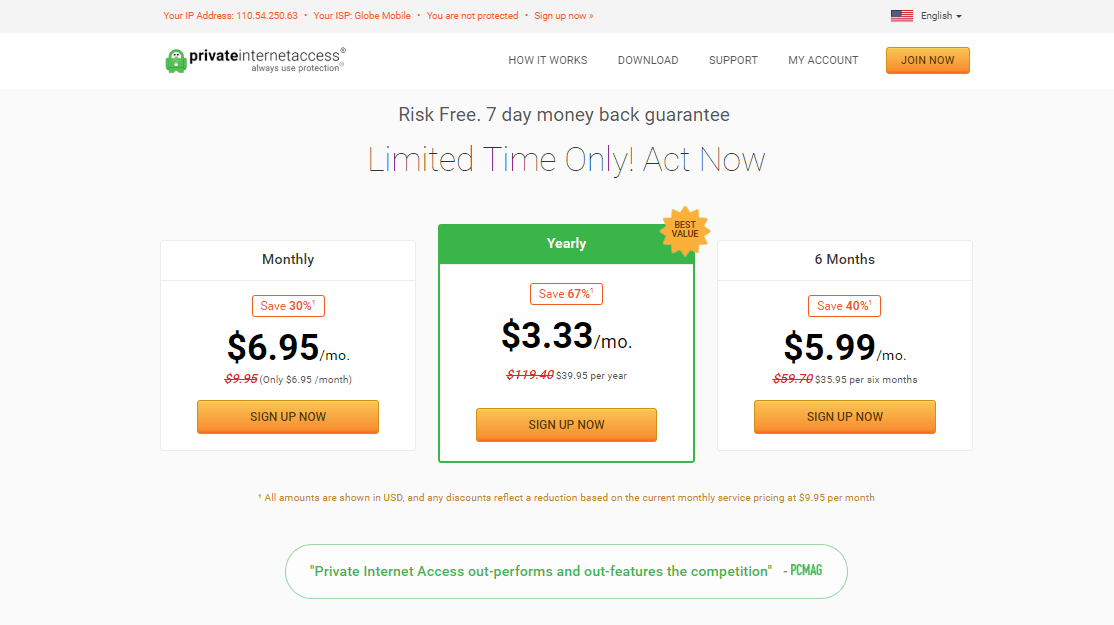 PIA isn’t a bad choice either in terms of the value that it offers.

The prices above are the latest rates and subscriptions for this provider. It might be a basic VPN provider but for its price especially on the two-year plan, it’s still a reasonable choice.

This is on the average level, especially when compared to ExpressVPN’s 30-day money-back guarantee on all plans.

We have done extensive testing on both providers and when it comes to speed, only one got a clear-cut win and that’s ExpressVPN.

Below is an example of the speed that we were able to get when we tested a nearby server.

Yup, we got low ping at 25ms along with an impressive speed of almost 151Mbps considering that our connection was capped at 160Mbps.

That’s enough to say the least but you can also find that in all of our comparison guides for ExpressVPN, it truly delivers awesome connection speeds for nearby and distant servers.

Overall, ExpressVPN is a service that works and is reliable enough to keep anyone satisfied.

It provides a stable connection with very minimal dropped connections.

Bugs are essentially non-existent in its software as well. It just works!

This VPN service provider did not show as great of a performance as ExpressVPN did.

Nearby servers only delivered speeds between 65 to 85Mbps which is roughly half of what ExpressVPN gave us.

Distant servers only delivered speeds between 50 to 70Mbps.

Speeds were a lot faster with ExpressVPN but PIA provided speeds that were already enough for most users.

We suspect that the slower speeds were due to overcrowded servers or it could also be caused by other issues in its server network.

When it comes to being reliable, PIA isn’t as reliable as ExpressVPN.

It also takes longer for it to get users connected to a server compared to ExpressVPN.

There are users who have been complaining about PIA blocking their outgoing emails when they are connected to one of its servers.

Both VPN service providers are limited in terms of features but ExpressVPN still gets the win in this round because it offers more features compared to Private Internet Access.

Here’s a quick rundown of the features that you can expect in both VPNs starting with PIA.

It isn’t really a feature per se but other users would surely appreciate the fact that ExpressVPN is still able to unblock Netflix and other services that provide content streaming.

The Obfuscation features also work excellently and it has even made ExpressVPN as one of the good VPNs ou there for accessing China geoblocked sites and contents.

Support is one of the most important aspects of any service especially for VPNs that can be hard to set up for some.

And in this round, ExpressVPN still takes the win. The service provides a 24/7 support via their Live Chat channel which can be accessed directly from their website.

The screenshot below is a concrete proof that their claim of a 24/7 support is really true!

If it’s a great customer and technical support that you’re looking for then ExpressVPN would be our top recommended VPN service provider.

The quality of support that PIA provides is far from what ExpressVPN has. Private Internet Access does not have a Live Chat support channel so your only way of contacting for help is through their support email.

Other users tried their luck on Reddit and got a response. But when we sent a test email, we have received a response from one of their staff on a quick timeline.

But that’s not on par with what ExpressVPN has to offer.

The big drawback that I have seen with PIA is that it takes them to give you a refund just like what happened to us.

They were very slow on this matter and it took too many follow-up emails for us to be able to get back our money.

We’ve seen other complaints in the past about PIA’s customer support but at present, we can say that it has already improved in certain ways.

Overall, it is ExpressVPN who was able to take the win on this round!

In the age of video streaming and online entertainment, many people need the wonders that VPN services can do in unblocking content from countries and services who do geoblocking.

So we have tested both services to see which one is able to offer good unblocking capabilities for Hulu, Amazon TV, and Netflix.

With Private Internet Access (PIA), we have noticed that it kept showing an error message that says “Proxy Detected”.

This means that the service cannot unblock Netflix. It’s sad to see that it doesn’t have this feature when other cheaper VPNs are actually able to perform well on this aspect.

Good thing PIA makes it clear on their website that their VPN does not support Netflix unblocking so users who are looking for such feature should consider other options.

It is then easy to see that Private Internet Access (PIA) is not a good VPN for unblocking streaming websites.

Next, we go to ExpressVPN.

Using it for the first time in connecting to the U.S. server of Netflix was a good experience.

We were able to stream smoothly and we did not experience any trouble when it comes to playback. It was also able to unblock other streaming services pretty easily which is why it takes the win in this final round!

We simply put it this way.

ExpressVPN is the best VPN out there for unblocking Netflix. It performed really well in our other tests on other content streaming services as well.

In this match, ExpressVPN was able to win most of the rounds and it’s easy to see why.

With the better value that it offers along with excellent performance, high-quality apps, and a great server network in terms of scope and speed, ExpressVPN just sweeps PIA in many aspects.

The most important thing is that ExpressVPN just keeps improving. Over the years, we’ve seen it grow even more to become a fitting champ in the arena of Virtual Private Networks.

But PIA is still a service that’s worth trying especially if you’re on a low budget. It is able to do most of the things that VPNs can do except for unblocking content from different streaming services and circumventing geoblocks.

What do you think about these services? Please share your views and opinions in the comments section below.

Below, you will see the score chart for both these VPN service providers.