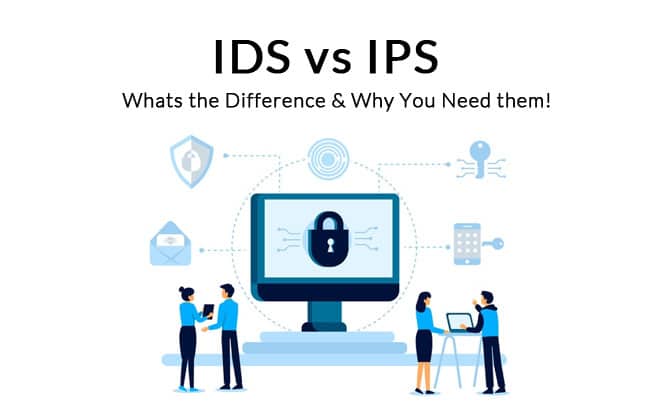 The main thing that differentiates IDS from IPS is that IDS is for monitoring networks while IPS is all about control systems. IDS will detect suspicious activities on a network and send alerts, whereas IPS will prevent the packet from reaching the targeted network or system in real-time.

Although IPS is getting more powerful due to its dominant security aspects, it is still important that you’re familiar with IDS as well.

Now that we’ve some idea about IDS and IPS, let’s go into the details of characteristics of IDS and IPS:

What is Network Intrusion? 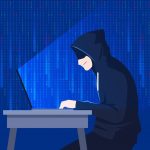 Before we get into the details of IDS and IPS, let us first learn what exactly a Network Intrusion is.

A Network Intrusion is any type of malicious, unauthenticated activity detected across a network.

Monitoring network activity provides a better understanding of common security threats and risks. IDS and IPS are systems aiming to detect and block intruders trying to install malware, steal confidential data or cause data breaches in a network.

Computer, APs and networks are prone to attacks and intrusions from anywhere across the world.

Most common network threats included (but are not limited to):

What is an Intrusion Detection System (IDS)?

An IDS does the job of monitoring your network to look for potential cyberattacks, including violation of security protocols and malicious activities. When detected, your IDS will send alerts to the system admin or centrally collect it using SIEM (Security Information and Event Management) system.

Following are the types of Intrusion Detection Systems and different detection methods used:

An enterprise can employ both NIDS and HIDS for broader coverage of workstations and to spot sneaky malicious programs.

Below given are two main types of IDS techniques used to detect potential threats on your network.

What is an Intrusion Prevention System (IPS)?

IPS goes one step further of IDS and prevents the detected or future malicious attack. It does so by rejecting malicious data packets, triggering firewalls, and even dismissing a connection. Intrusion Prevention Systems are network integrity applications that log information, identifies a potentially malicious activity, reports attack attempts, and prevents them altogether.

To prevent attacks, an IPS may reconfigure a firewall or switch an attack’s package content to transform the security environment.

Just like IDS, Intrusion Prevention Systems can also be host-based or network-based.

A well-integrated network security must have an IPS that automatically take necessary security actions when attacks occur.

Types of IPS techniques: How does IPS work?

IPS runs and operates in a network by monitoring flowing traffic through the following techniques:

Using these techniques, IPS scrutinizes every incoming and outgoing packet in real-time across the network. If it detects any abnormal activity, it will perform either of the below-given steps:

With dominant IPS in the network, one can prevent a wide range of potential attacks including brute force attacks, DDOS (Distributed Denial of service), computer virus, worms, exploit, and so on.

Difference between IDS and IPS:

The main difference between both systems is that IDS is a monitoring system while IPS is more like a comprehensive control system.

Why do you need IDS and IPS?

IT security teams face myriads of security challenges including data leaks, data breaches and even hefty compliance fines. With a powerful IDS and IPS in place, organizations can empower their security integrity.