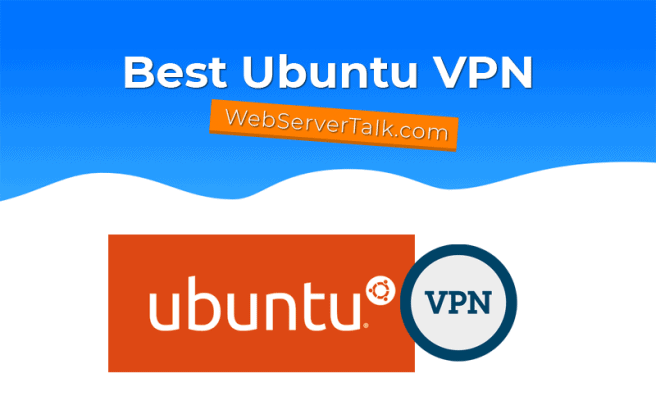 Not many VPNs make apps for Ubuntu. A lot of VPNs claim to support Linux-based operating systems on their websites, but unlike Windows, MacOS, Android, and iOS, there’s usually no app available. That means users must configure the VPN manually using a third-party client.

Manual setup is a tedious process, requiring a new configuration for every VPN server you want to connect to, and users miss out on many of the features built into other operating systems’ apps.

In this article, we’ll exclusively recommend VPNs with Linux apps that actually work on Ubuntu. Some are command-line apps and others have graphical user interfaces (GUIs), but all of them will save you a ton of time and frustration. All of the servers come preconfigured, and you benefit from the security and convenience features that you’d miss out on with a third-party app.

If you don’t want to read the full article, here’s a shortlist of the best Ubuntu VPNs:

In addition to having an app, all of the VPNs we recommend meet the following criteria:

All of these VPNs make command-line apps for Ubuntu, which conveniently come with all servers configured and ready to use with the latest and greatest security updates and new features. Unlike other operating systems, however, there’s no graphical user interface (GUI), so the apps must be controlled via the Ubuntu terminal.

Here’s a detailed breakdown of the best Ubuntu VPNs in 2021: 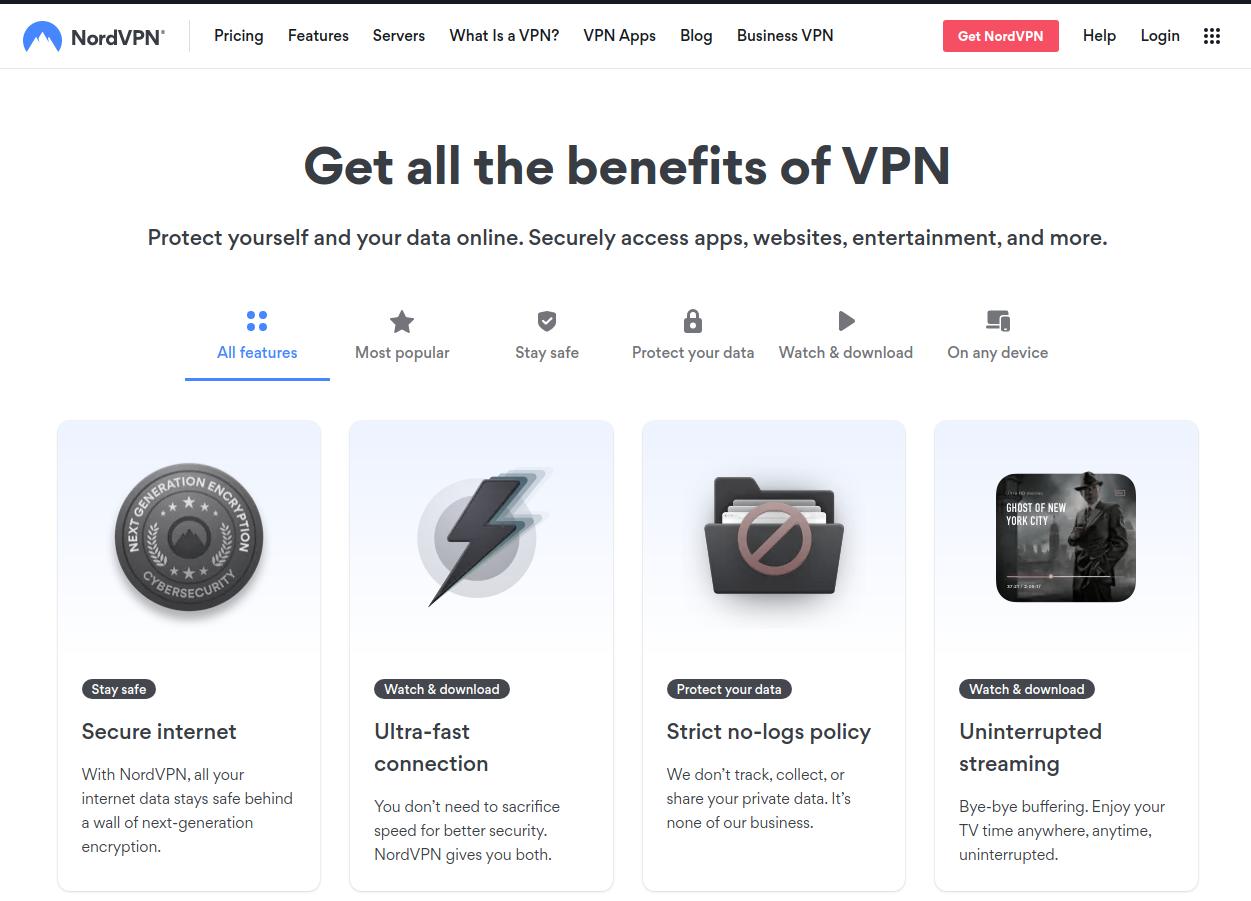 NordVPN is our top pick! It’s command-line app for Ubuntu comes with all the great features you get on more mainstream operating systems: a kill switch, ad blocker, and malware blocker, among others. A single plan allows up to six simultaneous connections.

NordVPN stores no logs of your activity and allows torrenting. It can unblock Netflix, Hulu, BBC iPlayer, and many other streaming sites from anywhere in the world. Connections are protected by 256-bit AES encryption, leak protection, and perfect forward secrecy.

BEST VPN FOR UBUNTU: NordVPN is the fastest VPN we’ve tested and performs well in terms of security and streaming. It comes with a risk-free 30-day money-back guarantee. 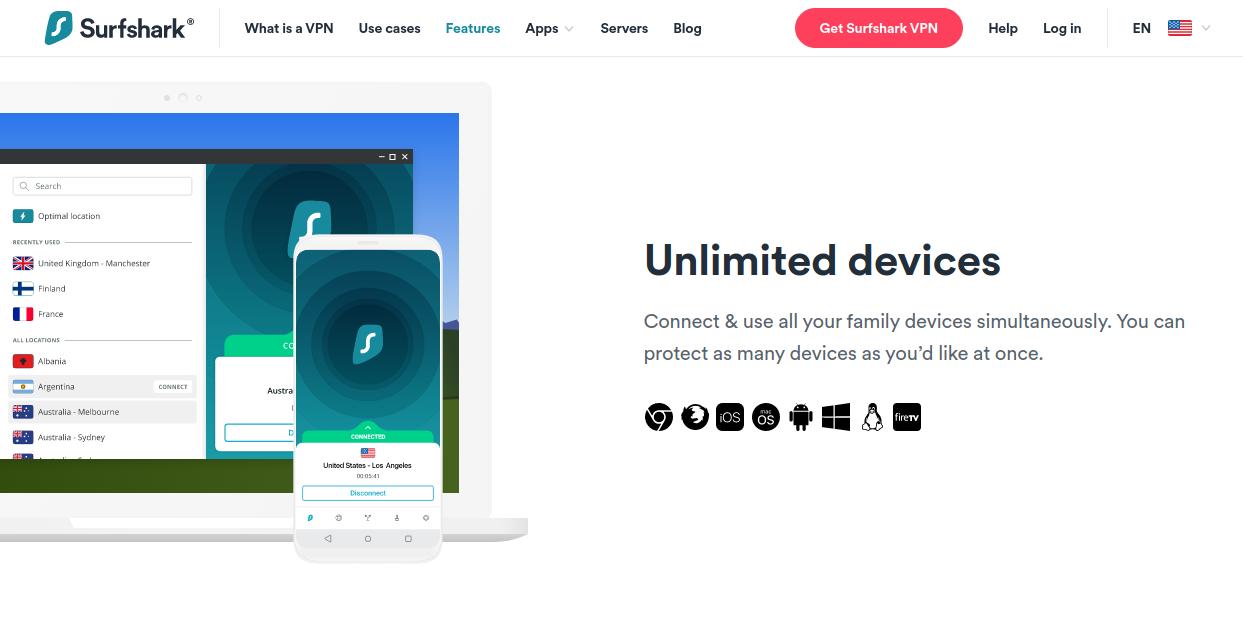 Need a good Ubuntu VPN on a budget? Surfshark has some of the cheapest plans we’ve seen from a reputable provider. Notably, Surfshark gives users an unlimited number of simultaneous connections, making it an ideal option for a family or group of housemates. It’s great for streaming and unblocks Amazon Prime Video, BBC iPlayer, Netflix, and Hulu, among others.

ExpressVPN was one of the earliest VPN providers to make an app for Ubuntu. Although it costs a little more than some rivals, you get excellent quality of service, fast speeds, unmatched security, and reliable unblocking of streaming services. Live customer support is available around the clock. Up to five simultaneous connections are allowed. ExpressVPN operates servers in 94 countries.

SECURE VPN FOR UBUNTU: ExpressVPN offers a high-quality experience for a huge range of devices, including Ubuntu. 30-day money-back guarantee.

CyberGhost’s command-line app for Ubuntu that lets you connect based on location, how you want to use the VPN, or what you want to unblock. For example, you can select a server that is specifically designed to unblock Netflix, allow torrenting, or maximize privacy. CyberGhost doesn’t store any logs and uses strong encryption and leak protection.

You can choose from servers located in 89 countries. Speeds are good enough to stream in HD without buffering. Live chat support is available 24/7. Up to seven devices can be connected at once.

UNBLOCK STREAMS ON UBUNTU: CyberGhost makes it easy to unblock your favorite streaming service while keeping your data safe. It comes with a hefty 45-day money-back guarantee.

ProtonVPN is primarily focused on privacy, making it great for securing public wi-fi or torrenting. It’s open-source, so you can inspect the app’s source code if you’re so inclined. If you want to unblock streams, you should probably opt for one of the other providers on this list, but ProtonVPN does unblock Netflix.

PRIVATE VPN FOR UBUNTU: If you want a VPN with an emphasis on privacy instead of streaming, ProtonVPN has you covered. It comes with a 30-day money-back guarantee.

How to set up and use a VPN on Ubuntu

Once the VPN is set up and installed, you can run it from the terminal. For example, to run ExpressVPN, just open up a terminal and enter …

… to run the app. Each VPN will have it’s own such command.

The app will start up and you’ll need to log in. Again, this differs according to your VPN provider, but you’ll generally need a username and password, and possibly a one-time activation code for the first time you run the app.

Once you’re logged in, you can connect to a server or make changes to your VPN settings, such as the server location, protocol, and autoconnect. Each of these requires a different command that varies by app and provider. You can usually list all of the available functions by prepending the main command with “man” or adding a question mark after the main command, for example:

From there you can learn the commands to connect, change servers, switch protocols, and so on.

Can I use a free VPN with Ubuntu?

We don’t recommend free VPNs under any circumstances, and Ubuntu is no different. First off, very few free VPNs even make apps for Ubuntu. A few free VPN servers are out there that could be manually configured, but I wouldn’t trust them.

Free VPNs have other disadvantages as well. They can be bad for your privacy by injecting ads and harvesting user data to sell to third parties. They tend to impose strict data caps and bandwidth limits. Some are even vehicles for spreading malware.

In short, stick to paid VPNs.

All of the VPNs we recommend above make their own apps for Ubuntu that come preloaded with all of the provider’s servers and app features. But in some cases you might want to manually configure your own VPN.

The best third-party VPN app depends on your exact needs, but here are a few worth looking into: