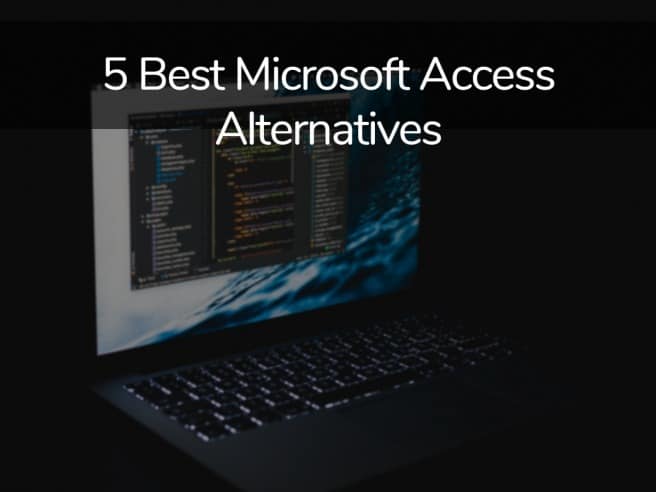 Microsoft Access is what is known as a relational database management system. These are systems that are used to manage more complex(relational) databases, filled with rows and columns.

While Microsoft Access was the field’s pioneer and is no-doubt a revolutionary piece of software, many ask themselves the question of if it still holds up today- almost 30 years later, when the RDBMS market is more saturated.

In this article, we’ll be going over whether there are better tools you could be using to manage and set up your database, and if so, we’ll consider which tools they are.

Having launched all the way back in 1990, Microsoft Office is soon to reach its 30th birthday. Although there are quite few software toolkits that have endured for so long, Microsoft Office has undergone significant changes in the years since. There are a variety of features present in today’s edition of MS Office that would be a shock in the ‘90s. One of these that has been there since 1992 is definitely Microsoft Access.

At the time Microsoft had been struggling to create a DBMS for quite a while. In order to speed things up, they decided to buy one of the leaders in the field- FoxPro. Despite the fact Microsoft kept marketing and developing FoxPro, it also took a gander at the code of their newest acquisition, which gave them a head start on their own DBMS. This head start was all they needed, and a short while later, Microsoft Access was born.

Access first picked up steam due to its connection with Windows. Most of MS Access’s rivals didn’t adapt and release Windows-compatible versions quickly enough. This led to the death of FoxPro- so that Access would have fewer competitors. The first time MS Access was included in MS Office followed soon after in 1995.

With this, came the responsibility to be routinely maintained. All of Office’s components are overhauled commonly, and together with each other. This was the crucial element of taking Access far beyond the capabilities of its competitors.

The first issue MS Access tends to stumble into is that its file format isn’t used anywhere else, and it’s incompatible with all other systems. There is a format available for free that is both compatible with OpenDocument’s format, as well as based on XML in both MS Word and MS Excel, despite that MS Access is still stuck with its old file format.

Although the famous .docx and .xmlx file formats used by Excel and Word can be called the golden standard in their fields, the .accdb format Access uses simply never caught on. Because other developers weren’t building their apps compatible with Access, today it is nowhere near as used of a format as, say, .docx is.

One of the most common uses for Access is setting it up as the front end of a commercially superior DBMS. To take an example, you can attach Access to your Oracle database in order for business apps that are written in Access to connect to the Oracle database. It can also be used as the front of a Sybase or SQL Server. With that being said, this isn’t exactly the best state for a tool to be in. As of 2021, one of Access’s most common uses is simply to be a skin for another RDBM.

The passage of time doesn’t seem to be looking at Access very favorably. With fewer and fewer companies asking their employees to have Access programming skills, fewer and fewer programmers will actually learn it. This is how tools tend to meet the end of their “lives.” As there are fewer opportunities, there will be fewer programmers learning how to use Access. This in turn leads project leads to stop using Access in their project, leading to even more programmers foregoing Access training, and that continues.

Now, it’s not like Microsoft was blind to how quickly Access was collapsing. As Access went down from being the most used DBMS in 2011 and was practically dead by 2017. This led to Microsoft announcing Access’s retirement on its 25th anniversary. This was the initial closing date given for MS Access retiring from MS Office.

The official date for Access’s shutdown was finalized to be in April 2018. However, despite the fact Access should’ve disappeared from Office 365 almost 3 years ago, Microsoft simply never removed it. There were updates still popping up, and today the latest version of MS Access was made in September 2018, quite a while since it was set to be removed.

The biggest purpose left for Access resides within the DIY market. With that being said, there aren’t exactly many small businesses that want to put in the effort of setting up a contacts database and invoice in Access when there’s a bunch of other apps that can instantly provide you with either. Setting up a database for kitchen recipes is also futile when there’s a variety of places where you can get those recipes whenever you want.

The final nail in Access’s coffin is that simply, whenever you come up with a use for it, there’s an alternative that does that better. In this section, we’ll be going over the 5 best MS Access alternatives out there. 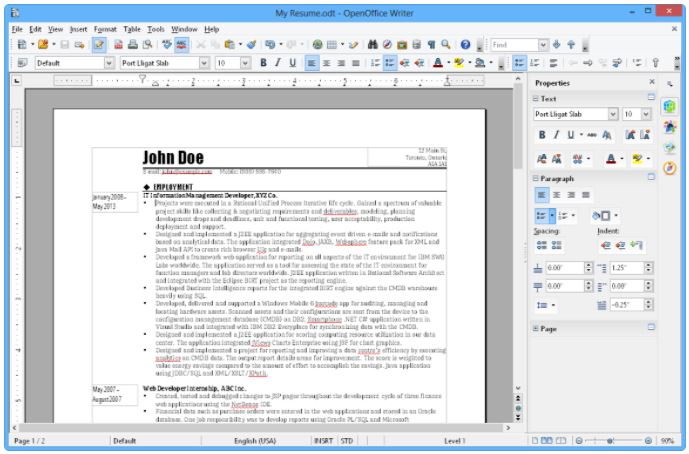 OpenOffice was the first serious contender to the Microsoft Office package. It had every part of MS office, but it was free of charge instead. With that being said, Microsoft simply endured enough for the OpenOffice project to be too much of a financial liability to keep up to date. The suite accrued more and more bugs before it finally withered away, however, that was not the last time OpenOffice caused problems for its Microsoft counterpart.

Despite the original OpenOffice no longer existing, its code was still made available at the time of its closure, leading to a variety of open-source projects using OpenOffice as a base to come into fruition. Most of the “forks” of the project use the same component names for every individual app in the suite. The access alternative is called “Base” and has its own file format .odb. With that being said, since it can’t open the .accdb format it is still no better than access in function. The only upside of the “basic” Base application is that it is completely free of charge. 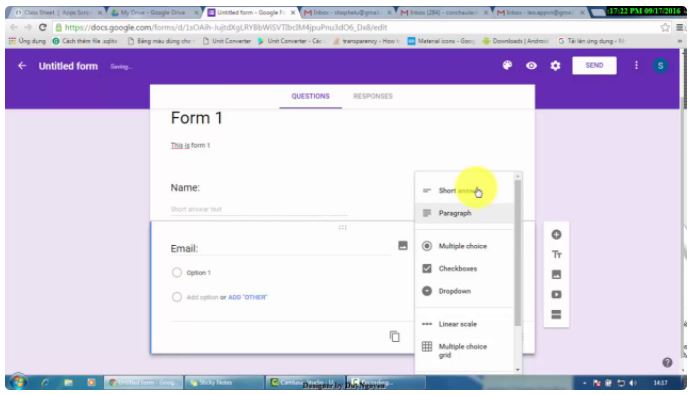 Google’s entry into the Office market has made quite a bang. The biggest downside of the Google G- Suite is that its free version doesn’t quite contain all of the features that MS Office does. However, Google Forms allows you to make data entries and query screens, in addition to using Google’s Excel alternative(Sheets) as the back-end of your database.

Google Forms has an excellent, polished interface and it’s extremely easy to use in order to create a database even if you have no technical knowledge whatsoever. One of the upsides of Google G-Suite is how easy it is to integrate all of your projects with the cloud. 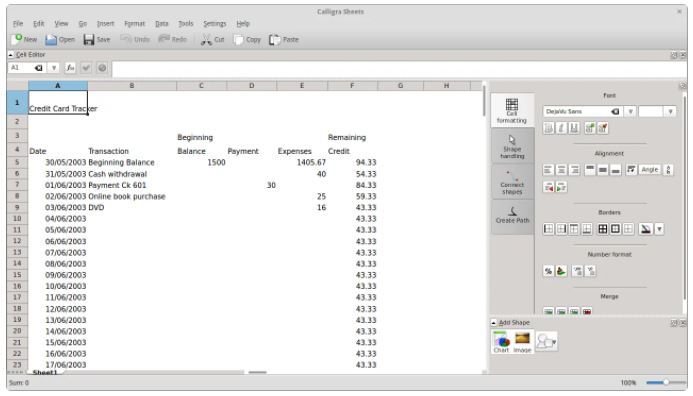 Calligra Office made by KDE is an open-source office suite that is free of charge. The Calligra Office equivalent of Microsoft Access is Kexi. One of its upsides is that it uses .odb much like openoffice for its native file type. It is compatible with Windows, BSD Unix, Linux, and macOS. One of its biggest downsides is that the interface can be clunky and unintuitive. 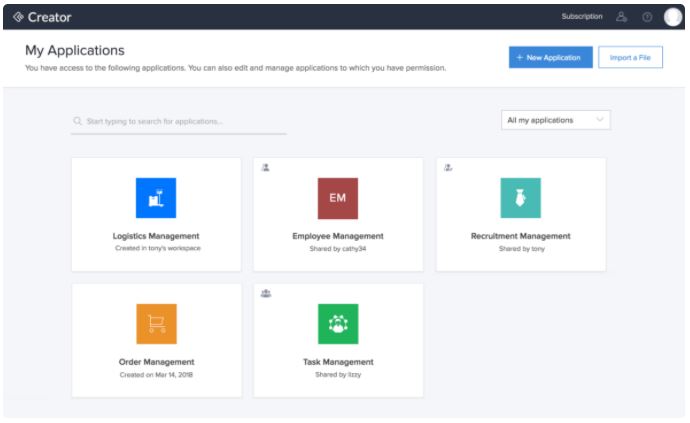 Zoho Creator is an online DBMS. It is potentially the easiest DBMS to use out there, with its clever and intuitive dashboard. This application also comes with storage space that you’ll need for the data gathered through your screens. It’s worth keeping in mind, however, that this solution is geared to professionals. Because of this, Zoho charges 4 different subscription levels. Although there is a 15-day free trial, we would only recommend trying Zoho if you’re planning to use it for business purposes. 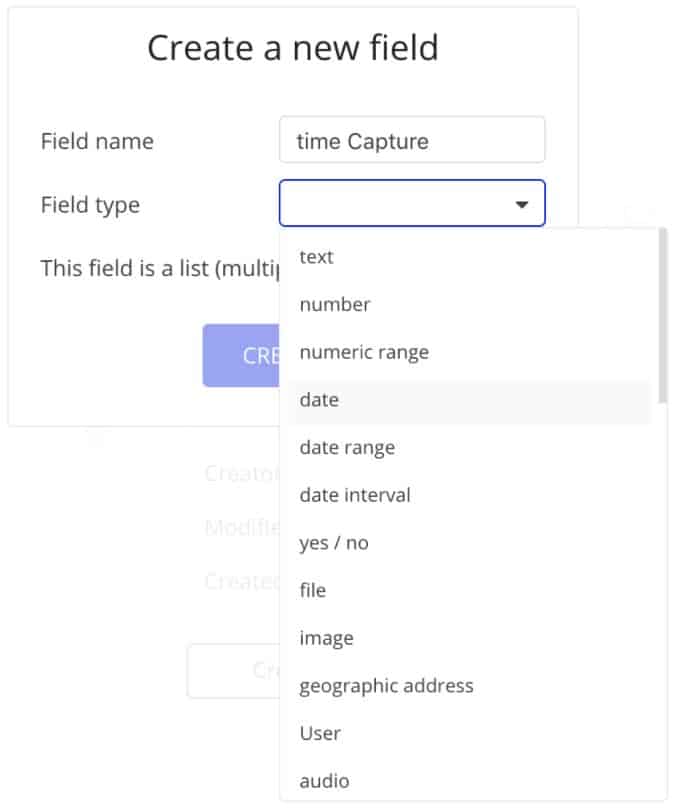 This is what we were talking about when we mentioned there’s a tool that does anything Access does, but better. Let’s say you’re one of those people using Access in order to make an interface for other DBMS. Bubble is a codeless web dev tool that can create data forms for data entry or querying. Not only that, but the Bubble company also offers hosting services, which means you can make a website or page to host on their services, in addition to setting up a new database or linking to an existing one.

There is both a free and paid version, with the free version containing a watermark.

If the slow death of MS Access is getting you down, then we hope that the overview of all of the package’s alternatives has lightened your load a bit. It’s nearly inevitable that Access will stop functioning eventually, as the platform is already running on fumes. Because of this, the best way forward is by exploring the best Microsoft Access alternatives out there.

The free alternatives you can find above aren’t worse than Access in any meaningful way, meaning you don’t necessarily need to pay for a quality DBMS. The biggest problem you might face is if you’ve already got an Access database in the .accdb format. In this case, all you need to do is export your current data into CSV, and then import it into a new tool.

Microsoft hasn’t announced any ideas to replace the MS Access tool with a similar app. Most likely, Access will be removed from MS Office with no replacement. Because of this, you should be looking for alternative DBMS to handle your desktop databases. LibreOffice’s Base is a great tool to do this for free, while Zoho Creator might be the best for you if you’re willing to spend a bit.

The difference between Microsoft Access and SQL(structured query language) is that SQL is an IBM-made generic language. Its purpose is to access data found in relational databases, however, since its inception back in the ‘70s, there have been a variety of proprietary adaptations made. Microsoft Access, however, is one of those that still has close ties to the first SQL.

Does Visual Basic still see use?

Visual Basic is an event-driven programming language made by Microsoft. It has undergone a revolutionary transformation back in 2002 when it got integrated within the .NET framework. This led to it adopting a nickname “Visual Basic .NET” also known as VB.NET. Today, the software has adopted the Visual Basic moniker once again. The language is still being supported and developed by Microsoft with its latest version being Visual Basic 2019. It can be purchased in the Visual Studio 2019 package and is often called VB 16.0.