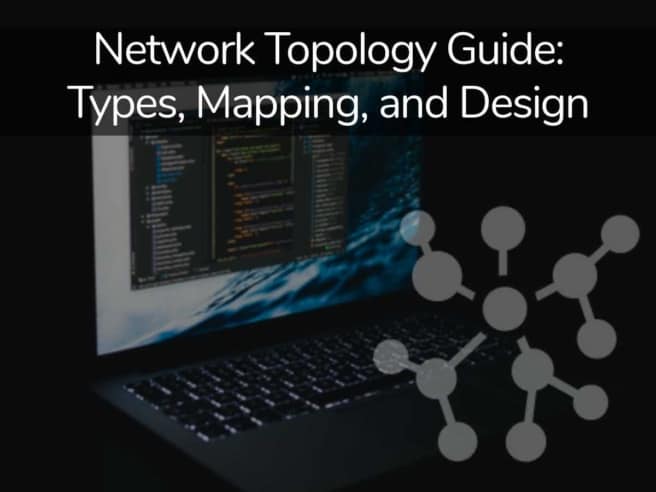 Networking has become a crucial part of most business organizations. Regardless of whether you’re a small business or a worldwide conglomerate-you’ll be taking advantage of networking. With that being said, networking isn’t quite as simple as it can often sound. The process of creating a network and setting up the devices within can be quite challenging. You’ll need to decide on the proper topology for your network so that you have an easier time managing it and finding trouble before it reaches your bottom line.

What Is Network Topology?

The network topology within a network is the physical and logical way that nodes, devices, and connections are placed relating to each other. There’s a variety of different ways to do this, and each network topology fulfills various needs.

To run a business in the 21st century, you’ll need a steady and fast internet connection. Generally, choosing what network topology you’ll be using comes down to your business’s scale, goals, and budget.

The Essential Types of Network Topology

There are various kinds of network topology, with each of them bringing its pros and cons to the table. As a result, no single design can be the best fit for all organizations. Because of this, you must find the right one for your business needs. Here we’ll be looking at the network topologies most often used by businesses, as well as their pros and cons.

The star topology is among the most common network topologies. Its name comes from the shape that it creates, which is reminiscent of a cartoon star. All nodes in the star topology have their connection to the central hub. This is usually made through either an optical fiber, coaxial, or twisted pair cable.

In the star topology, your central hub does a server’s job and passes off information between nodes. Therefore, all pieces of data have to travel through this central hub, which can help prevent data loss.

Another advantage of the star topology is that if an attacker were to attempt your network, even if they succeed at damaging a single node, they’ll be unable to affect your network. This is what makes this topology so popular for bank networks.

Finally, the star topology makes incorporating new devices extremely simple. All you need to do is update the central device, and you’re done- creating minimal stalls in network operations.

Main Draws of The Star Topology:

Main Drawbacks of The Star Topology:

The bus topology makes it so that the administrator connects every node and device with one half-duplex cable called a bus. The bus needs to have two end terminals. Once a device has broadcasted a message into the bus, other devices within the network can see it; however, only the recipient of the message can accept the message and process it. The bus topology is also referred to as the line or backbone topology. Any damage to the bus(or backbone) will cause a shutdown across the whole network.

This topology is ideal for smaller networks. This is because safety is not its priority, and all of it hinges on the correct operation of the bus.

Main Draws of The Bus Topology:

Main Drawbacks of The Bus Topology:

The tree topology utilizes a quite unique-looking structure where each device is set up like the branches of a tree. You can look at it as the combination of the star and bus topologies. It uses a parent-child hierarchy to ensure the central hub can pass on data to the other nodes and branches. There are multiple hub devices connected, and each of them has its connected nodes. This topology is mainly used by businesses looking to set up a vast area network.

Main Draws of The Tree Topology:

Main Drawbacks of The Tree Topology:

As one of the most expensive topologies out there, Mesh topology does a lot to make it worth the cost. It is made up of a web-like structure composed of nodes connected. There are no specific data transmission routes within this topology. Instead, transmissions between the source and the destination occur on a non-hierarchical basis.

There are two kinds of mesh topology- complete and partial mesh. There are also two ways for data to be transmitted – flooding and routing. Routing works as nodes using their logic to get the data to go through the best route to reach its final destination. Flooding forgoes using logic and instead uses any medium inside of the network.

Main Draws of The Mesh Topology:

Main Drawbacks of The Mesh Topology:

The ring topology uses a token-based principle to create a connected ring of devices with two neighbors on each side, ensuring peak transmissions. The data packets here move in a loop, creating a ring structure. This means that each node in the topology has an equal chance of passing data like any other. The ring is also capable of sending data at any time.

There are two kinds of ring topologies- single and dual. The single ring topology uses a half-duplex, while the dual ring uses a full-duplex to enable clockwise and anticlockwise data transfers.

Main Draws of The Ring Topology:

Main Drawbacks of The Ring Topology:

Hybrid topologies utilize a combination of the multiple topologies listed above. These are often used by larger organizations operating different topologies for different departments’ needs. A hybrid topology such as a mixture of a star topology and a ring topology has pros and cons.

Main Draws of The Hybrid Topology:

Main Drawbacks of The Hybrid Topology:

Picking The Right Network Topology For You

There are a variety of factors at play when it comes to selecting a network topology. These range from the length of the cables, how scalable it is, how much it costs etc. These factors will determine how suitable a given topology is for you.

Practically all topologies utilize cables; however, the prices of these cables can vary quite wildly. This especially escalates when it comes to the installation, as installing more expensive cables can often be more money than it’s worth for the business. Additionally, the more complex your chosen topology is, the more likely it will cost a pretty penny to set up right.

Small businesses or larger ones whose focus is away from networking might opt for a bus topology. This is because of its ease of installation in addition to being cheap and lightweight. Furthermore, a fast-changing business will want a topology where they can easily add and remove devices.

On the other hand, an organization that wants large networks with various branches, such as a university, will opt for a tree topology.

When selecting a network topology, you need to consider the following factors:

Network topologies generally involve three kinds of cables- twisted-pair, coaxial, and fiber-optic. The least expensive are twisted-pair cables; however, they have a somewhat limited bandwidth than the other two. Coaxial cables are generally sufficient for most networking needs, meeting a midpoint of price to effectiveness. Finally, fiber-optic cables are the most expensive of the three; however, they offer blisteringly fast data transfers.

The longer the cables, the more time and money it will take to install them. This increases even more if you’re using more expensive cable types. At a low investment level, ideally, you’d be using a bus or star topology.

Different topologies are better for different needs. First, you need to look at your business and determine what kind of data transfers you’re most inclined to use. Optimizing your business is one of the most challenging steps in selecting a network topology, but it is well worth it.

Although we’ve already looked at some cost aspects, setting up the topology and paying for maintenance is crucial in determining the correct topology. Looking at how complex the topology is to maintain and monitor is essential to this.

In a growing business, you need to future-proof as much as you can. Scalable network topologies ensure that you can expand your infrastructure in the future. Using a star topology is generally ideal for mid-sized fast-growing businesses, as it makes adding new nodes extremely simple and risk-free.

Frequently, managing and mapping a network can be a loathsome task. Mapping by hand can take hours upon hours of your IT team’s time, only to need re-doing when a device is added or removed.

Because of this, many companies elect to have a tool to help them handle their network topologies. One of the best tools on the market for this is the FIPS 140-2 compliant tool SolarWinds Network Topology Mapper.

This tool will let you scan brand-new devices, automate mapping, and help you keep tabs on the nodes within your network. This can help you find changes made to your topology or restore it from the tool’s records if something goes wrong.

It provides in-depth topology maps and reports helping you save valuable time and money that could be spent elsewhere. These reports will then help your IT team get a better grip on your network, in addition to being easier to present to other departments.

A 14-day extended free trial lets you use the tool to help you take inventory and manage the devices within your network. You’ll also be able to make your authentication and modification processes a lot more efficient. In addition, you can store all of the information the tool gathers, as well as set up auto-discovery systems so that all of your network information is updated in real-time.

Network topologies are crucial to the day-to-day operations of most modern businesses. So deciding on the right one to use can end up saving you massive amounts of time and money.

When selecting a topology, the biggest thing you need to consider is what exactly you’re looking to accomplish with it and what kind of business you’re running. Generally, it’s a good idea to use a tool to help you out with mapping and management.

Did we miss your favorite network topology?

What kind of topology does your business use?